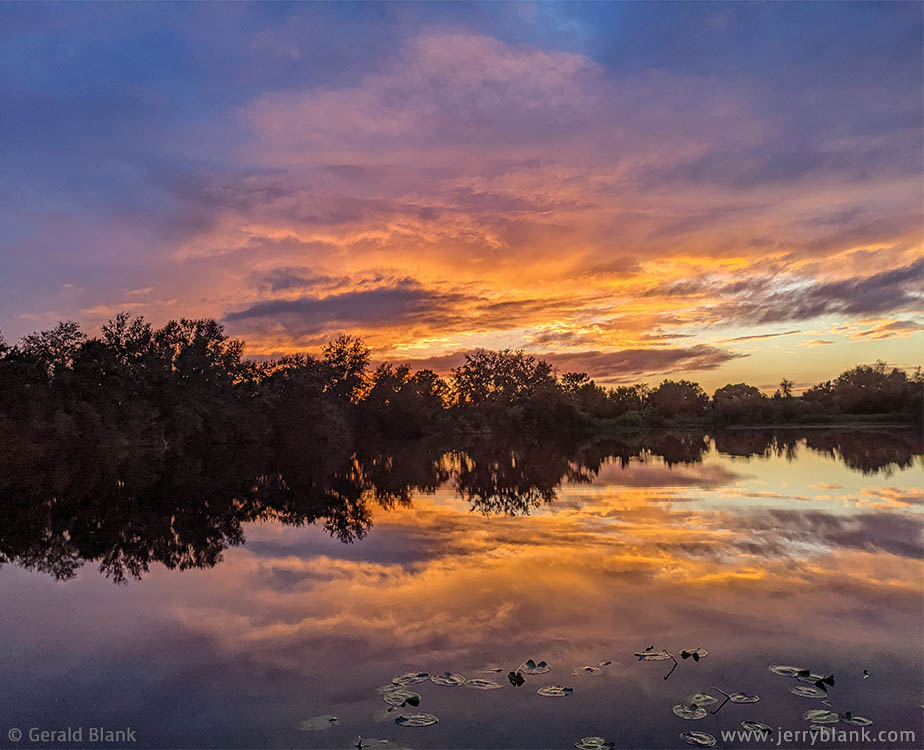 A post-sunset glow in the sky is reflected in the south pond at Horizon West Regional Park.

I discovered Horizon West Regional Park late in 2021, after moving to southwest Orange County. I thought it a stroke of luck to find a hiking destination 15 minutes from home — I hadn’t had that luxury since I lived at the foot of the Montana Rockies!

I had previously taken many hiking trips to the Hills of Minneola in Lake County, but I wanted to find a public green space closer to my home in west Orange County. The Hills of Minneola’s nature preserve has no ponds, designated trails, or even parking space, as of 2022. A large freeway construction project is also in progress near Minneola. Years from now, when Lake County develops the preserve for public use, I may check it out again.

Horizon West Regional Park, at 215 acres, is much larger than the green space at the Hills of Minneola. Eventually, some of those 215 acres will be converted to sports fields, playgrounds, etc. But, according to the park website, those projects are still in the conceptual stage until more funding becomes available. The 2019 master plan concept can be viewed by visiting this website.

In the meantime, a graveled parking area has been created along Hamlin Groves Parkway, and the county occasionally mows the several miles of trails which extend south from the parking area to Lake Hartley and several smaller ponds. The trails have also been cleared of fallen trees. Despite that, I’ve found it necessary to wear hiking shoes at the park. Large streches of the trails are eroded and have loose deep sand. The mowed grassy trails are easier to navigate, but they’re not as manicured as the lawns in urban parks!

I have no complaints about the trails, though. They’re in better condition than hiking areas outside of town.

The park has several ponds north of Lake Hartley, but the southernmost pond offers the best views for sky photos—better views than the lake, whose horizon line is cluttered with roofs of buildings to the south. 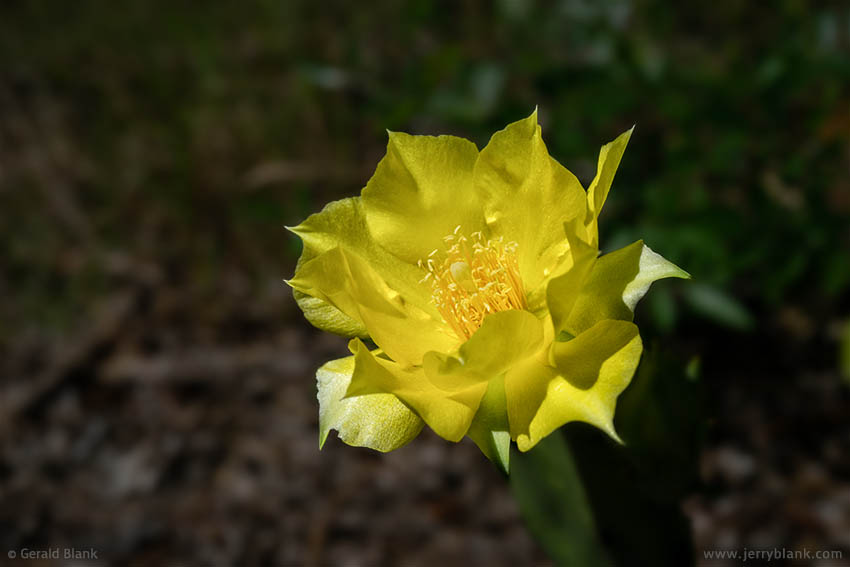 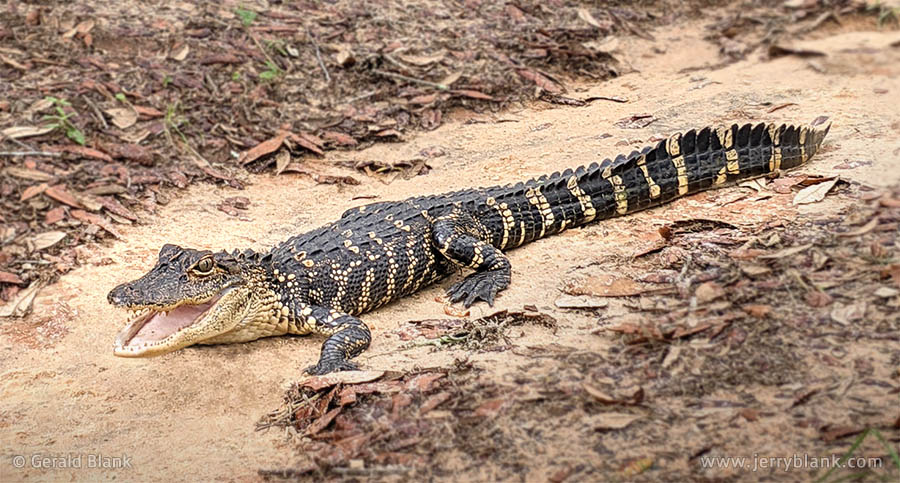 A young American alligator on the prowl.

There’s a fair amount of biodiversity in the park’s plant species, though many of the species are non-native to Florida, and a few are considered invasive—including some of the vines that climb the native oak and pine trees, and compete with the tree foliage for sunlight.

The animal life is less diverse—though I must mention that American alligators inhabit the lakes on the south edge of the park, and smaller alligators slip through the boundary fence. I saw the youngster pictured here on the trail, as well as swimming in the north ponds. Park visitors should remember that this is Florida, and that it’s good practice not to approach any wild animals. Avoid mucking around at the edges of the ponds. Those who use common sense will be fine.

Waterfowl comes to mind when I say “less diverse”. American darters frequent the north ponds, but I have yet to see a duck or crane there. The best explanation I have is the lack of open grassy space along the perimeters of the ponds. During the day, cranes are a common sight in the artificial retention ponds in the residential areas surrounding Horizon West Regional Park. Artificial ponds lack natural hiding places for predators like gators to lie in wait for their prey. In the park’s brushy terrain, the balance is tilted in favor of predators.

The ponds have their fair share of amphibians such as frogs, of course, as well as a small population of fish. As of yet, I haven’t spotted any water snakes lurking around the ponds. I have spotted rat snakes (which avoid humans), as well as gopher tortoises. I’ve seen several types of birds along the trail: Owls, hawks, Florida scrub jays, Northern cardinals, red-headed woodpeckers, and mourning doves.

There’s a small population of Eastern cottontail rabbits, which you’re less likely to see and more likely to hear rustling in briar patches—though I’ve managed to spot a few south of the northwest pond, munching on the grass along the trail. Slowly but surely, squirrels are beginning to move into the park from surrounding neighborhoods.

As Horizon West Regional Park’s development gradually progresses, the number of visitors will increase, putting pressure on reptiles such as gopher tortoises and alligators, as well as skittish predators like coyotes. Smaller critters, such as squirrels, rabbits, and songbirds will become more numerous as a result. Eventually, the waterfowl will begin to hang out there as well.

In this park, there isn’t as much “uphill” as one finds in the Hills of Minneola. The lowest elevation (about 100 feet) trails are close to the ponds and Lake Hartley. The highest elevation on the trail network is 132 feet. Not very hilly, but hilly enough to get some “cardio” if one maintains a brisk pace.

A Google Map of the park’s mowed trails can be viewed on one’s computer or phone at this link. Until I became familiar with the layout of the park, I found it handy to open this link on my cell phone, and use the phone to check my position in Google Maps.

There is plenty of acreage to explore beyond the mowed trails, but I suggest resisting the temptation to bushwhack outside the cleared and/or marked trails. One reason is the prickly pear cactus that flourishes in many dry patches off the trail. Bushwhackers won’t need to look for prickly pear cactus; it’s more likely to find them!

The other off-trail hazards are vines. There are many spaces overgrown by muscadine grape vines. Greenbriers, which have thorny stems, usually grow among the wild grape vines. The trail mower does a fair job of keeping vines off the mowed trails, but the vast majority of the really gnarly vines are off the cleared trails. The dense clumps of vines are painful to bushwhack through, if you can do it at all!