Late in 2019, I wanted to get myself back into a regimen of taking long hikes up steep, hilly trails. Up till that time, I assumed Florida was simply a huge sandbar — until I recalled an earlier time when I lived in Clermont, in Lake County, which sits on a ridge high enough to view the entire Orlando metro area to the east. And remembering that, I thought it would be fortunate if I could find similar hills in the rural areas of the county.

After doing a little “virtual exploring” with Google Earth and consulting Wikipedia, I discovered that Clermont straddles the north end of the Lake Wales Ridge, a narrow but prominent line of hills which continues north past Clermont to Sugarloaf Mountain. Sugarloaf, at 312 feet, offers an excellent view over Lake Apopka, and was a popular destination for Florida cyclists long before I lived in Clermont. 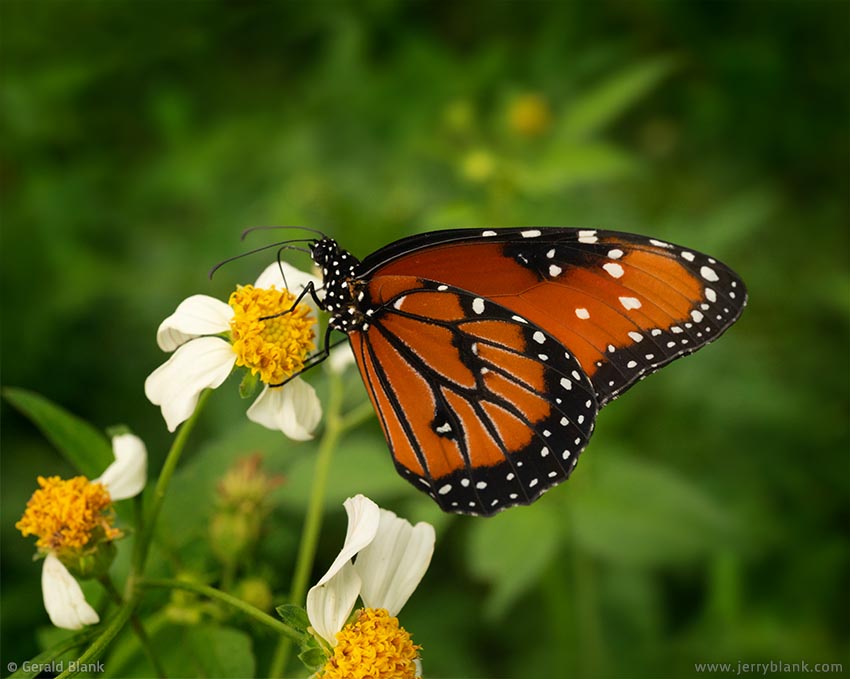 Between Sugarloaf Mountain and Clermont, property investors purchased a couple of dozen square miles of forested, hilly land since the turn of the century. More recently, one developer purchased about half of that property from a previous investor, and requested that their planned community, the “Hills of Minneola”, be annexed by the town of Minneola. As part of that arrangement, a large chunk of hilltop land, on a ridge overlooking Lake Apopka, was set aside to be a future regional park.

That deal was sealed in early 2019. The property had been occupied by pine plantations and citrus groves until 2005. Market conditions being unfavorable, the developers left the land untouched. By the time I arrived on the scene to begin exploring, both native and non-native trees, shrubs, and vines had re-populated themselves in the Hills.

During my first few exploratory hikes, I observed land-clearing operations happening a half-mile away. I had no clue the site contractor was just getting started... until suddenly, I would find myself returning to a homemade trailhead to discover the site had been bulldozed to the ground — with every shrub, tree, and vine stacked neatly in huge burn piles. I can laugh about it now; at the time, I was not amused!
But the experience served a purpose: After the second occasion, I made the effort to find the property developer’s map of the site online, and learned where the “regional park” was to be located. It had been cut to a third of the size proposed by the original investors, but 65 acres remain — and I was finally able to determine exactly where those 65 acres were.

On my next visit to the Hills, aided by Google Maps and my cell phone, I found the borders of the preserve. They were inconspicuously marked with wood stakes labeled “Veg. Buffer”. Once I knew the boundaries of the “safe zone”, I could relax. It was a relief to no longer be playing tag with bulldozers! I spent the remainder of the winter visiting the Hills of Minneola as often as possible, to get the lay of the land. 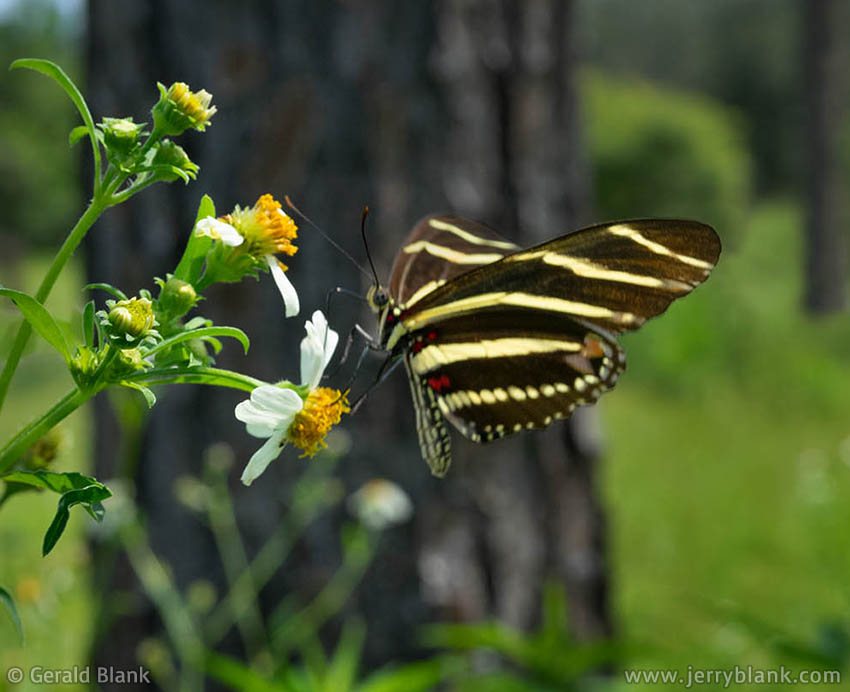 I’ve no doubt the park will be nicely finished in the future. Right now, the preserve appears not much different than it did a few years ago. Its existence is largely unknown, except to the local folks west of Ferndale. I didn’t see other hikers using the place in 2020, but I did meet a few horseback riders late in the summer.

Soon afterward, the weather turned hot, wet, and rainy. Tall clumps of grass and red clover shot up quickly along my walking routes — and tall vegetation creates an obstacle for hiking. A few routes have been kept clear by ATV riders, but after moving to southwest Orange County, I decided to explore more developed areas closer to home, such as Horizon West Regional Park. Horizon West has similar terrain, but the trails are mowed regularly.

My time in the Hills was rewarding while it lasted, however. During the first half of the year, I experienced a renewed interest in taking nature photos. Up till that point, I had little interest in Florida as a place to hike or to take in the scenery. Wildlife photographers will find better prospects in the Ferndale Preserve or the Green Mountain Scenic Byway, both of which border Lake Apopka. However, there are many songbirds, wildflowers, and butterflies to be found in the Hills of Minneola. I’ve also spotted hawks and bald eagles patrolling the skies over the Hills. Less often, I’ve spotted raccoons, wild turkeys, and gopher tortoises.

I have shared some of the images from my Florida image gallery here, to share with you what I have seen. It turns out the young people I count as family and friends have never seen the yellow flowers of the prickly pear cactus in April and May, even though prickly pear is found in most open fields and pastures “out of town”. And many local grownups have never seen a passionflower; to most of us, “passion flower” is a metaphor for something quite different! 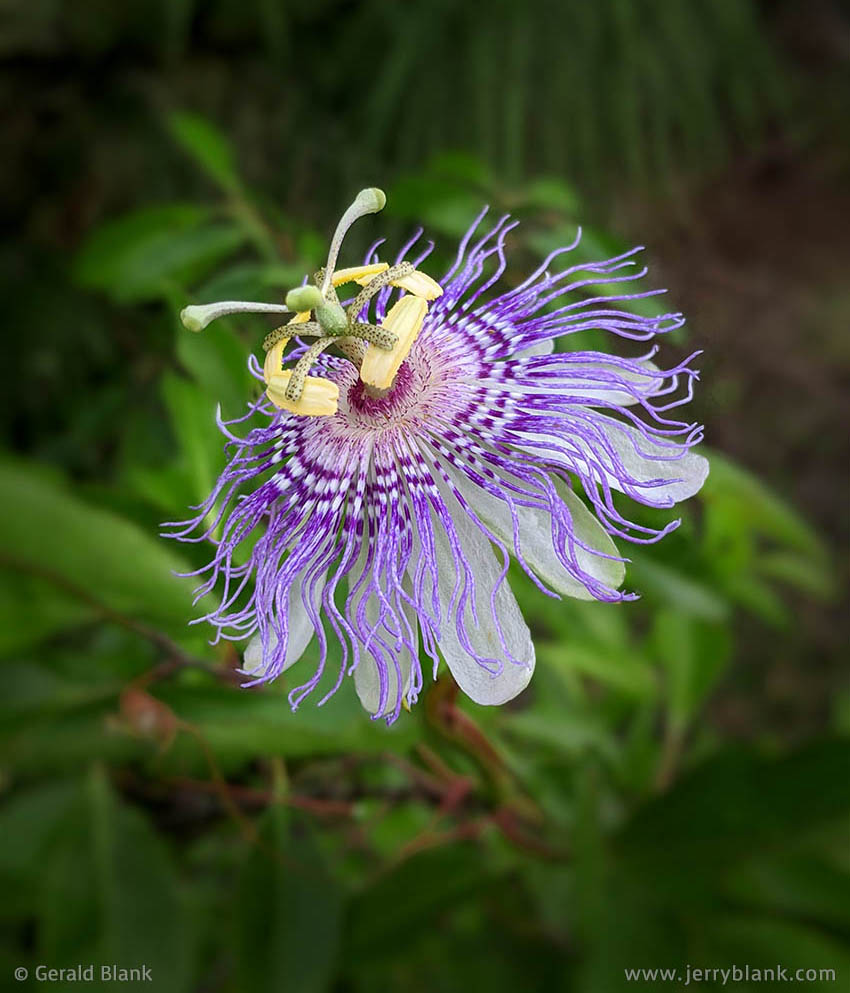 I have yet to see a monarch butterfly in Lake County, but the Hills of Minneola have plenty of queen butterflies, which are just as beautiful, and nearly as large. If you like big yellow butterflies, there are lots of Eastern tiger swallowtails around in early summer. If you like seeing butterflies which are “trippy”, watching a zebra longwing flit around qualifies. Its distinctive yellow/black striping looks just like hazard tape — it is, in fact, a signal to birds that it’s dangerous to eat! The longwing caterpillar produces toxins from the plants it eats. When the caterpillar becomes a butterfly, those toxins are powerful enough to kill a bird.

I suppose I’d not feel well myself, if I included butterflies in my diet...

The northwest corner of the preserve has a decent east view of Lake Apopka; its west shoreline is less than three miles away. In fact, the only better view of the lake is the one seen from Sugarloaf Mountain. Lake Apopka is finally beginning to recover from the environmental damage caused by nurseries and agricultural businesses in the 1900s. The government’s first step in that process was to buy out those businesses. 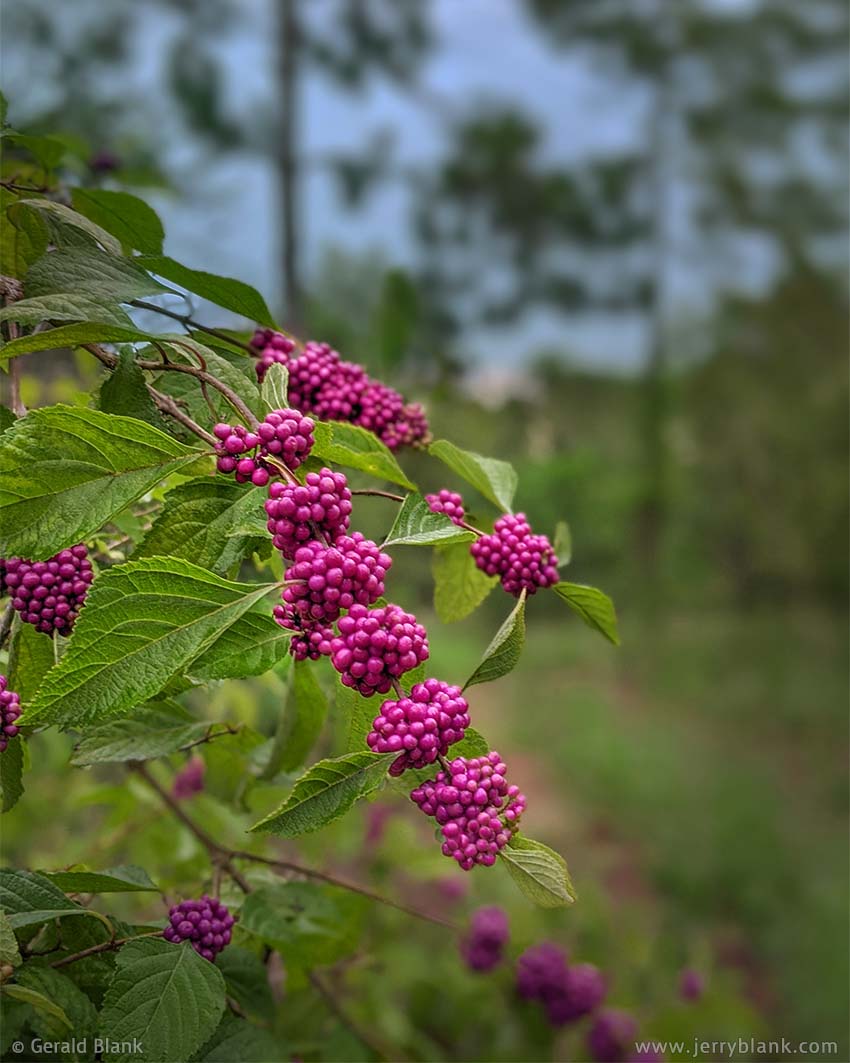 The pine plantations and orchards between the Lake Wales Ridge and Lake Apopka ought to have been bought out as well. The Ridge, narrow as it is, is still the the only real “upland” terrain south of the Florida panhandle. It hosts plant and animal species found nowhere else. It doesn’t take a biologist to understand why those species are now threatened. On a positive note, parts of the Ridge further south have been set aside, including the Lake Wales Ridge State Forest and the Lake Wales Ridge National Wildlife Refuge.

After living in Florida for a decade, I’m convinced that state laws governing development should be reformed. Central Florida still has much wildlife, but it’s being displaced too rapidly. In new real estate developments, “green space” acreage minimums can easily be tripled to mitigate those impacts. There’s plenty of land for everyone, and no need for greed.

Along with green buffers, residential lot sizes can be tripled as well. Like most “baby boomers” growing up in the suburbs, I lived in homes with “normal” yards, like the residential lots platted in Orange County fifty years ago — as opposed to the miniature yards of the 21st century, which a younger generation has accepted as the “new normal”.

Developers have stepped over the line, and we are responsible for that. Too few of us have demanded that the Florida legislature make “the line” specific and sustainable. Despite the economic crisis of 2020, Florida has achieved its goals of attracting families and businesses into the state. “Giving away the store” to developers now does more harm than good (as if it ever didn’t!) 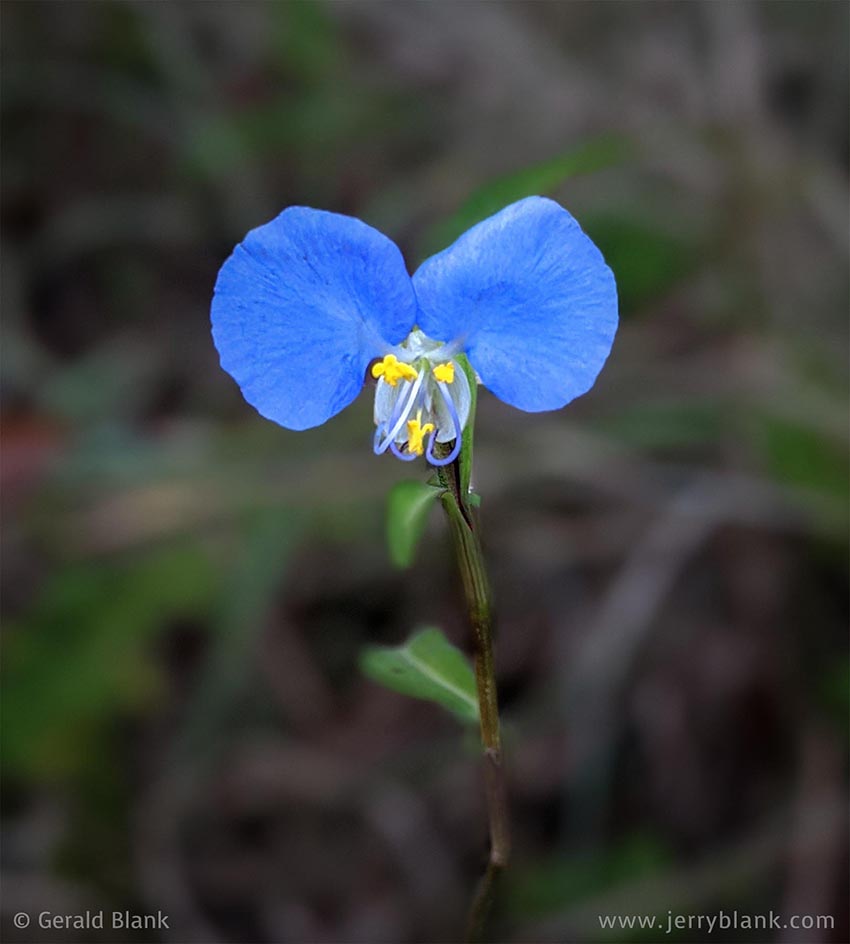 I am, obviously, a nature lover, but environmentalism is not my religion. I do believe in good stewardship of our natural resources. Floridians cannot afford to indulge in poor stewardship. I speak as one who was born in northern California — a state that was once the envy of all others in the Lower 48. In the second half of the 20th century, it seemed that everybody wanted to move there. But common sense dictates that not everybody can.

Poor stewardship of California’s resources has destroyed much of what I once cherished as a young kid. Now, few middle-class Americans consider it a desirable place to live, economically or socially. Although I wouldn’t mind living in northern California again, that’s unlikely to happen.

Florida, it seems, is the 21st century’s “California” — so Floridians will do well to learn by California’s example, and make better use of our water and land.

Currrently, residential developers in Florida encourage new homeowners to plant large native trees, even on 40-foot lots with tiny yards, where smaller native trees would suffice. Their motive is to make their plans seem environmentally sound on paper. But, inside of 20 years, their customers (the new homeowners) discover that their Southern live oaks must be cut down or trimmed back at great cost — or face the alternative: Tree damage to houses, driveways, sidewalks, and streets. The latter, unfortunately, happens more often than not. In fact, millions of dollars’ worth of tree damage is caused yearly. 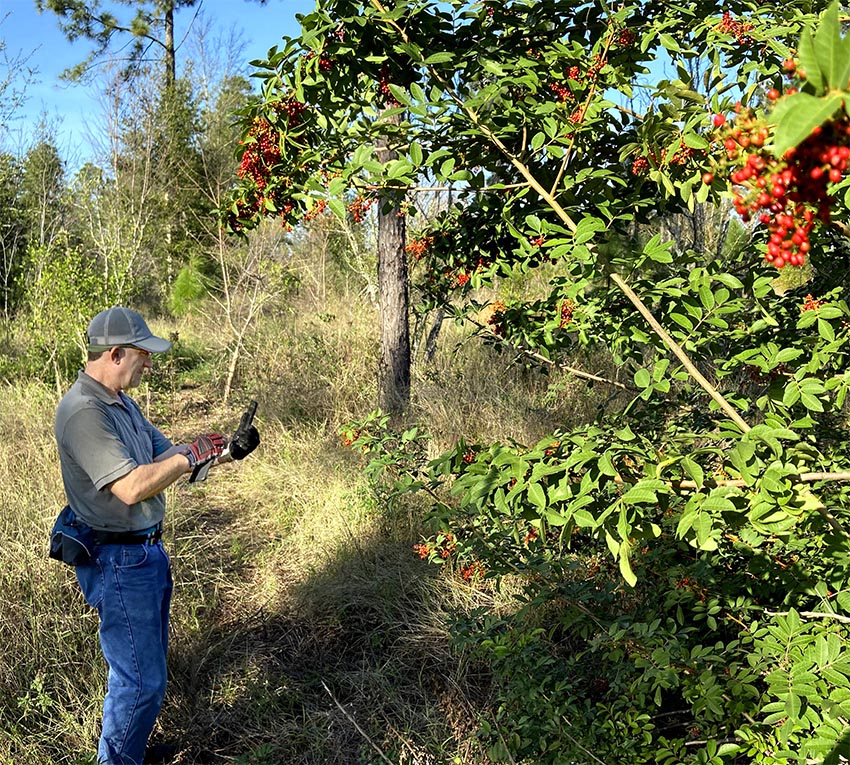 We can’t have a healthy economy without private investment and free enterprise, but we also can’t have healthy cities without creating and enforcing common-sense guidelines for new development. Developers are well-educated, and are adept in the business of buying and selling real estate. However, social responsibility and common sense are not learned in college. Happily, common sense can be learned: Short-sighted developers would gain some sense by having to live a few decades in one of their own planned communities! 😆

The majority of 21st century residential developments have proven to show little that’s sustainable or environmentally sound. Worse, if the location is chosen unwisely, they can become slums in as little as 30 years. But by then, the original developers and builders have long gone, leaving the homeowners and their HOAs “on the hook” to deal with the consequences.

No good is accomplished by cramming large homes and large trees into small spaces. “Sustainable” development puts less stress on local infrastructure, the environment, and the young families who will eventually buy homes — while allowing honest businessmen to earn what they deserve for their investments.

Despite the views I’ve expressed, I accept that it is what it is. If developers had not purchased this land years ago, there would have been no “Hills of Minneola” — and no incentive for Lake County to create a park or trail system there in the future. I’m grateful things turned out as they did. And regarding the future of Florida, my hope is not so much that you’ll adopt my opinion. I’d much rather you gather your own facts and act on your own beliefs.